I love Spain! It’s no accident that one of my soon-to-be self-published novels is called, “Flamenco & the Sitting Cat.”

A dream to sightsee on foot, León, Spain, was the next to last stop of a fun-filled vacation that my husband and I began with a weekend in beautiful Barcelona and then a stop in wonderful Huesca. We crossed the French border into pretty saint-jean-pied-de-port, enchanting Espelette, and phenomenal French Basque Country cities Saint-Jean-de-Luz, Bayonne, and Biarritz. Upon our return to Spain, we enjoyed delicious food and seaside dogs in San Sebastián, and then the breathtaking city of Bilbao.

Statues of a pregnant Mother Mary are rare.

León, founded in 29 B.C., has so much fascinating architecture that the two days we visited weren’t enough to see everything. León’s gothic Santa María de León Cathedral was constructed mostly during 1205 to 1301, its north tower and cloister during the 14-century, and its south tower in 1472. Ever see Mother Mary pregnant? (Tap on photos to see them bigger and their captions.)

Inside Casa Botines is the Gaudi Museum.

Photo of Casa Botines by Dantadd of Wiki.

Architect Antoni Gaudí welcomes company. He’s best known for Barcelona’s Sagrada Família Cathedral. In León, he designed Casa Botines from 1891 to 1892. In 1929, it became a bank but has since reverted to its original appearance. Downstairs featured a display of Francisco Goya’s political cartoons.

Spain’s homestyle food (unlike typical restaurant fare most anywhere) is loaded with delicious veggies. I swooned when we happened into a tiny eatery that cooked like I was visiting someone’s gourmet granny — we ate there twice! Every single morning, ‘a comer’ take out restaurant owner Susana shops for the best of what’s in season, then cooks a new menu from scratch — thank you from the bottom of my stomach, querida Susana!

Our hosts, Marco and Mariu, made our stay at their home extra cozy and our visit to León extra memorable — many thanks to both of them!

It was time to hit the highway to Madrid!… 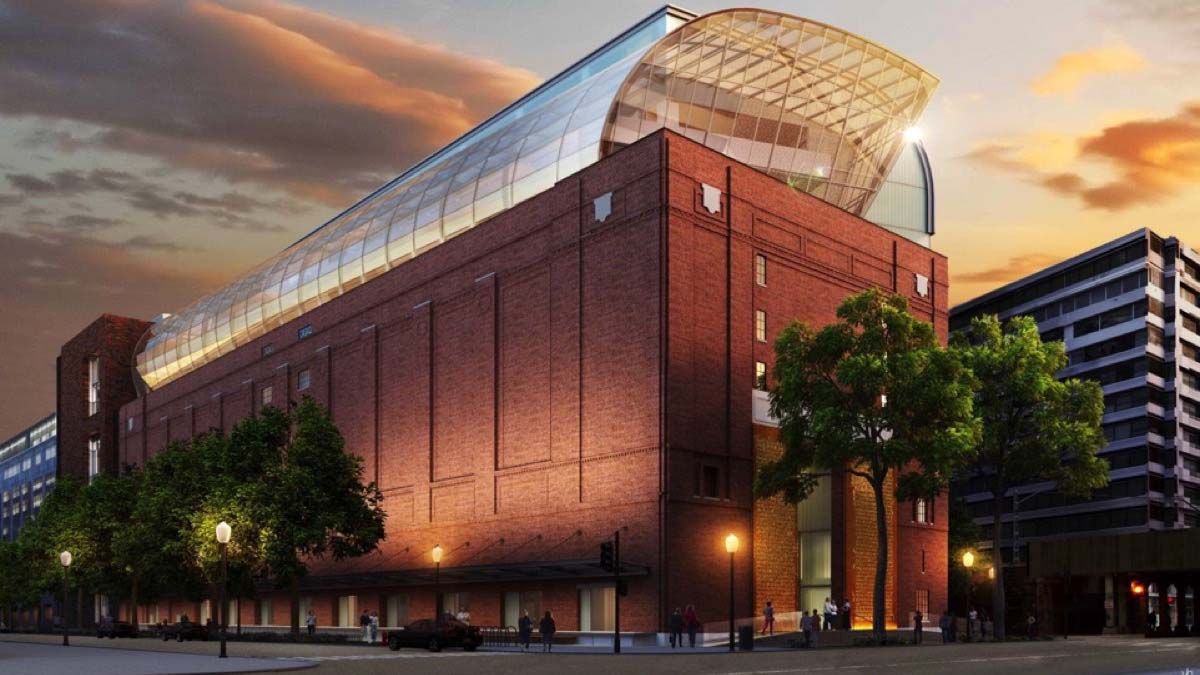 An artist’s sketch of the Museum of the Bible, currently under construction. Source.

The following is a guest post by Fiona Greenland.

Last week’s news that Oklahoma-based Hobby Lobby faced civil forfeiture for illegally importing Iraqi antiquities came as no surprise to cultural property experts. The company had been under scrutiny since 2015, when news of the investigation broke. And even before the investigation, scholars, including Roberta Mazza, an ancient historian at the University of Manchester, identified inconsistencies in the provenance histories, or ownership records, of antiquities obtained for Hobby Lobby-backed Museum of the Bible. Equally unsurprising in the wake of the forfeiture announcement were the muddled claims about Hobby Lobby funding ISIS. The forfeited antiquities at the heart of the civil complaint were shipped in late 2010 and early 2011 – prior to the period when ISIS is known to have been associated with archaeological looting in…