Skip to content
HomeWords Delight Our Senses by da-AL

Reading and writing are more than marks to on a page — they’re sensual!
My ears taught me what writing was. As my father would drive, my mother beside him, me squished in the back seat between two older brothers, they all would holler, “Yield!” and “Stop!” and “Hollywood and Vine!”
My father was in charge of money, handyman stuff, and ‘babysat.’ My mother cleaned, cooked, and tended the kids. Outside of the home, she also worked as a secretary.
Homemaking, mothering, and working didn’t interest me — but her secretarial accouterments enthralled me. That’s because they had to do with reading and writing!

Her spiral-bound green steno pads and click pens defined scholarly elegance.  Her dication machine, a table-top reel-to-reel tape recorder, was a whispery spooler and a boisterous reader. Pencils and ballpoint pens smelled of wood and plastic.
And paper! Bonded sheets for business letters were fabric-thick and textured to accommodate the erasure of typewriter mistakes. Tissue-thin onionskin paper was for international letters, to economize on postage.
Her typewriter, all ten ‘portable’ pounds of it, made music! There was the clacking of alphabet keys, the errp-errp-errp of sheets rolling in and out of the cylindrical platen, and the slap-ding of carriage returns. When I was allowed to hammer at the smooth plastic buttons, my fingers would twitch percussion in my dreams.
The process of my mother leaning into her typing with her brows knit, produced more wonders — a cigar box full of erasers: rectangular Pink Pearls that were worn oblong, round gritty pumic-hard wheels that featured jabby tangles of red bristles, blue and pink sweet-scented putties that were kneaded into gray wads. Hopeless typos called for alcohol scented white paint.

Before I learned to read, my father would take me with him to the library. The front doors were a tall as a bank’s. Sun streamed into rooms as hushed as churches that were filled with readers, their heads bowed over their books.

What’s your first memory of reading and writing?

36 thoughts on “Words Delight Our Senses by da-AL” 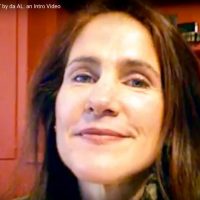 We love when you visit!